Travel without Traveling – from Canada to Turkey

Have you ever felt like you know a place even though you’ve never been there? Places that seem familiar to you because you’ve traveled through the story of a family member or a book, or the country of origin of your family name, because you inherited culture, and traditions.

This was how I felt with Turkey. Even though I’ve never visited this country before, I felt like I already knew it. I felt a connection with the country even before visiting Istanbul this year.

If you have read my blog for a while, you’ll know that I lived in Canada for a few months in 2014. But what many don’t know is that during my time there I worked in a Turkish restaurant selling döners. Have you ever been to a kebab place before? Did you see the guy who shaves the meat? Well, that was me! The döner is a Turkish dish consisting of meat cooked on a vertical rotisserie which turns. It is served on a plate or stuffed into pita bread with vegetables, and sauces.“Döner kebab” means ‘turning grilled meat’.

During my 7 months in Vancouver, I had two jobs:  one was the döner shop, and it was the best! The restaurant was managed by 3 owners: 2 of Turkish origin and one from Libya. What I really liked about this job was that all my co-workers were from different parts of the world: Argentina (that’s me), Germany, Brazil, France, Czech Republic,Colombia, etc. A total mix of origins. It was an amazing cultural exchange, and we had a really good time at work.

During my time in this job, I got to learn a lot from the Turkish culture, from which I barely knew anything before. I could obviously learn a lot from their food. Besides from döners the restaurant had other turkish dishes such as dolmades, samosas, and baklava for dessert. Also the classic hummus, tabbouleh and tzatziki. I tried new food, and even learnt some Turkish and Arabic words. 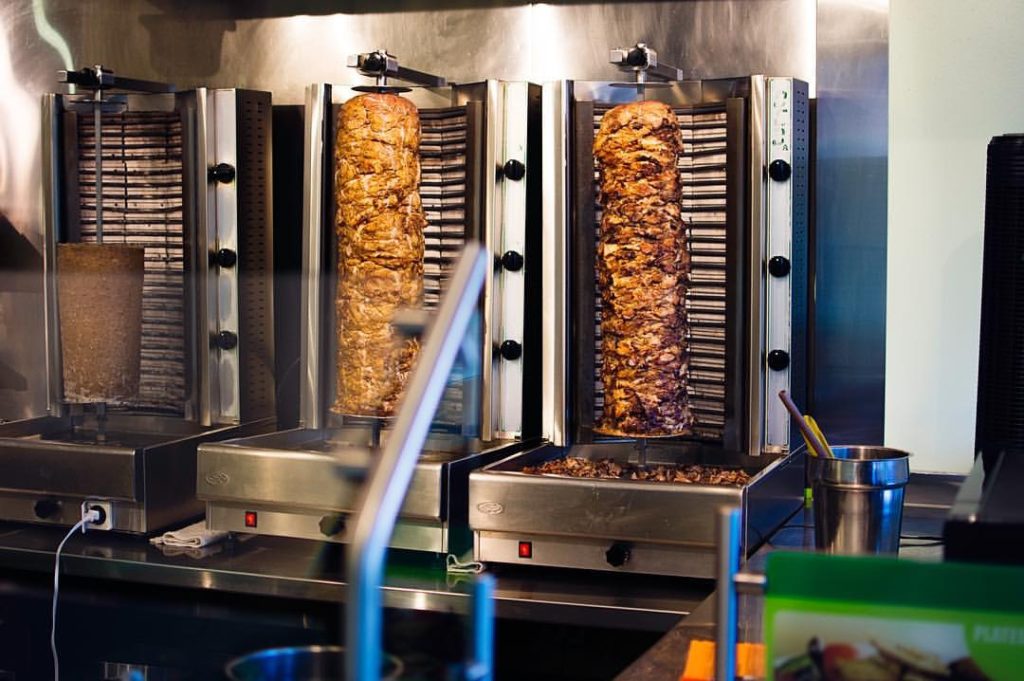 But it wasn’t only through the delicious food. I also get to know Turkey  through talks with the owners  and a coworker who was also of Turkish origin. They told me how life was there, why they came to Canada, and more stories.. I learned from their religion, Islam. If they were working and the hour of prayer came, they would go to the back of the shop to pray. Surrounded by refrigerators, they would put a paperboard on the floor and pray.

I was traveling without traveling. The stories of the people I met, and food I prepared made me feel that I knew a little Turkey. I had inherited something of that job and was love for the country.

When I visited Istanbul 3 years later, I felt like I already knew that place. I was a tourist but the streets looked familiar and its people reminded me to the ones I had met back in Canada. The call to prayer was a magical moment, and it helped me understand how important was religion. About 10,000 kilometers of distance,  there were people that didn’t forget this time of the day although there was no call where they lived now.

I was only in Istanbul for one day and it was enough to make me love Turkey a little more. Its history, its streets, mosques, the kindness of the citizens… Istanbul is beautiful as I had imagined through the stories. It is also possible to travel through stories and flavors: To travel without traveling.

Does something similar happened to you? Do you have a place you feel familiar with although you’ve never visited?

[…] Travel without traveling – From Turkey to Canada […]

Thank you for sharing! That’s awesome that you felt like that for Turkey. Not sure if I’ve felt that. Maybe one day. Those doner kebab looks really good!

Thanks for reading Justine! They are yumm