Top 5 things to do in Montevideo, Uruguay

Unknown for many, Montevideo is the capital city of Uruguay. Established in 1724, it is the largest city in the country, with a population of 1.5 million people. Find out the top 5 things to do in Montevideo, Uruguay.

Montevideo is often not consider a travel destination itself, but the entry point to Uruguay from where people go to Punta del Este, where the most popular beaches in the country are located. Your first impression of the city might not be the best.. the truth is Montevideo seems a bit abandoned with its old port, and quiet streets. Despite this the city has its charm: it is home to colonial buildings, sandy beaches and history is present in each street.

How many days to visit Montevideo?

In case you’re wondering how many days to spend in the city, I think it all depends on when you’re visiting. If you plan on traveling during summer (December to March) or spring (September to December), you can enjoy the beach so 2 or 3 days will be perfect. If you’re traveling during winter or just want to have a general glance of the city, you can spend just 1 day in Montevideo and then head to other city like Colonia del Sacramento. All the things I’m going to mention below, can be perfectly seen in one day.

Visiting Colonia? Check out the best things to do in Colonia del Sacramento, Uruguay

These are the top 5 things to do in Montevideo:

1. Ciudad Vieja (Old City)
Ramble the streets of the old city and admire the colonial architecture. You will find Puerta de la Ciudadela, one of the only pieces of the wall that used to surround Montevideo that still remain. Explore Sarandi Pedestrian Street to find local galleries, shops and street vendors. Then head towards Solis Theatre, Uruguay’s most important theatre, opened in 1856. 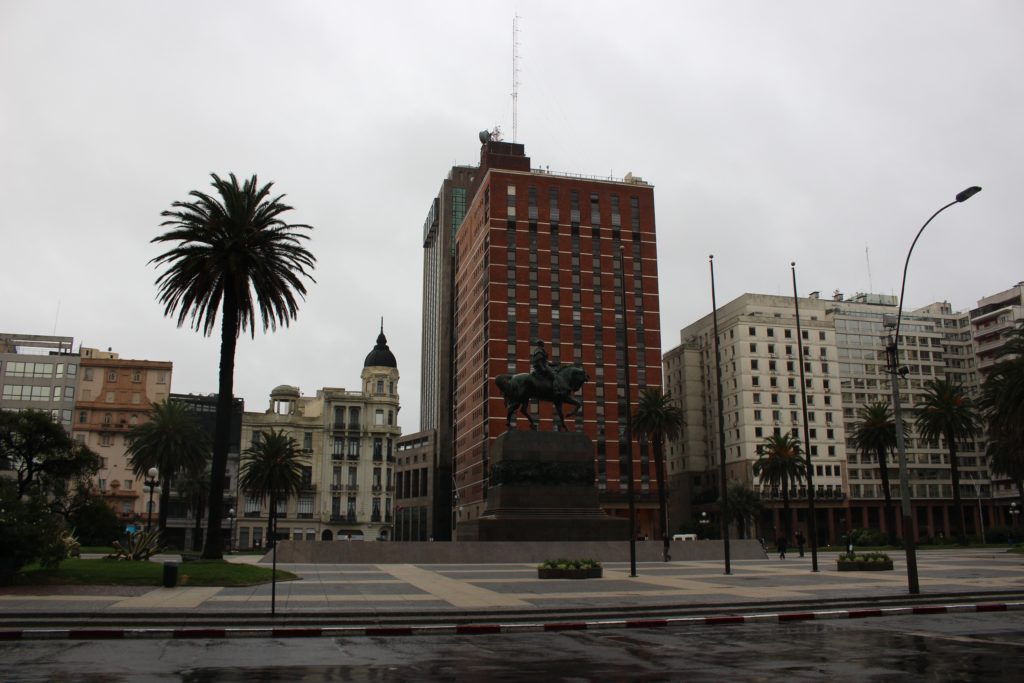 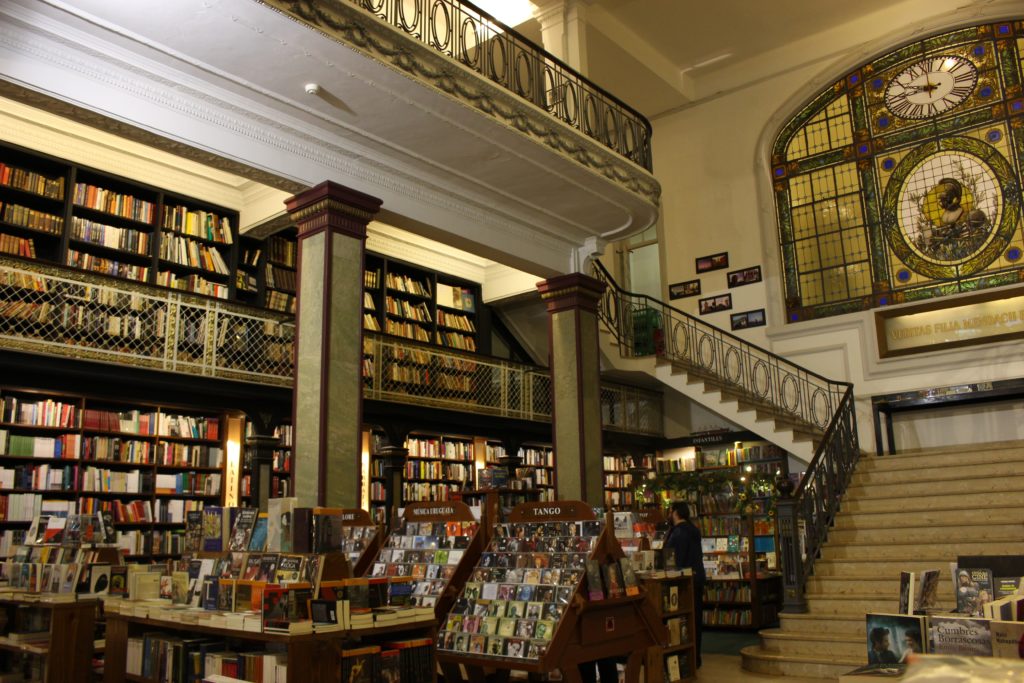 Puro Verso, is a lovely bookstore on Sarandi Street

Located in Plaza Independencia in the old town, Palacio Salvo is the most emblematic building in the city. It was once one of the tallest buildings in South America and it is a national monument.

The building was originally intended to be a hotel, but is nowadays occupied by offices and private residences. For the best city views you can book a guided tour to Palacio Salvo or even stay there as some apartments are rented.

A brother building named Palacio Barolo is located in Buenos Aires (Argentina) designed by the italian architect Mario Palanti. You can read about Palacio Barolo in my article: World’s best buildings for amazing city views. 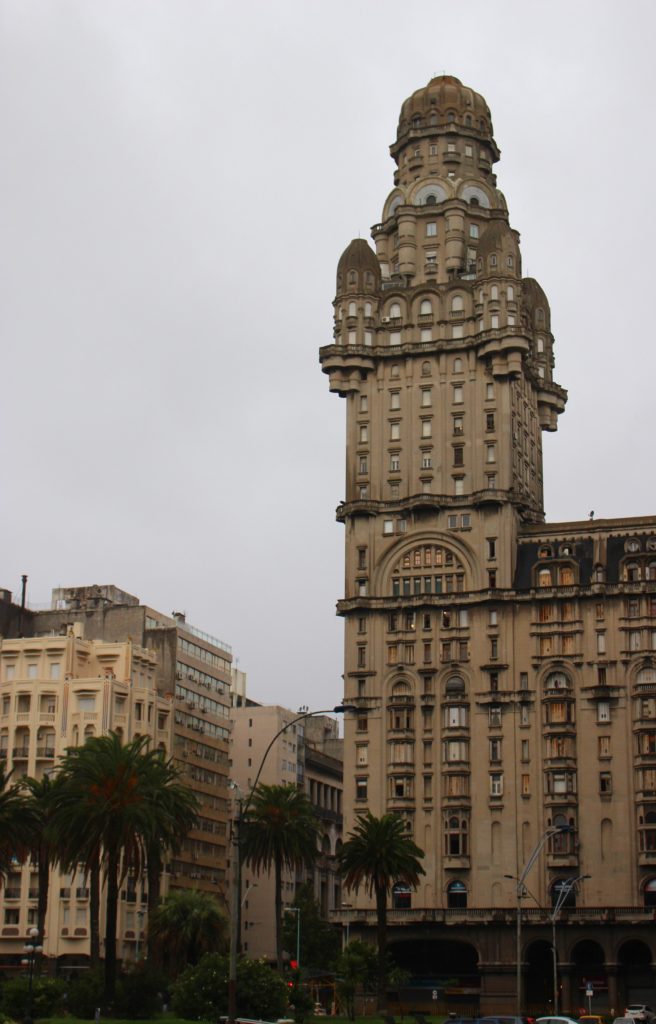 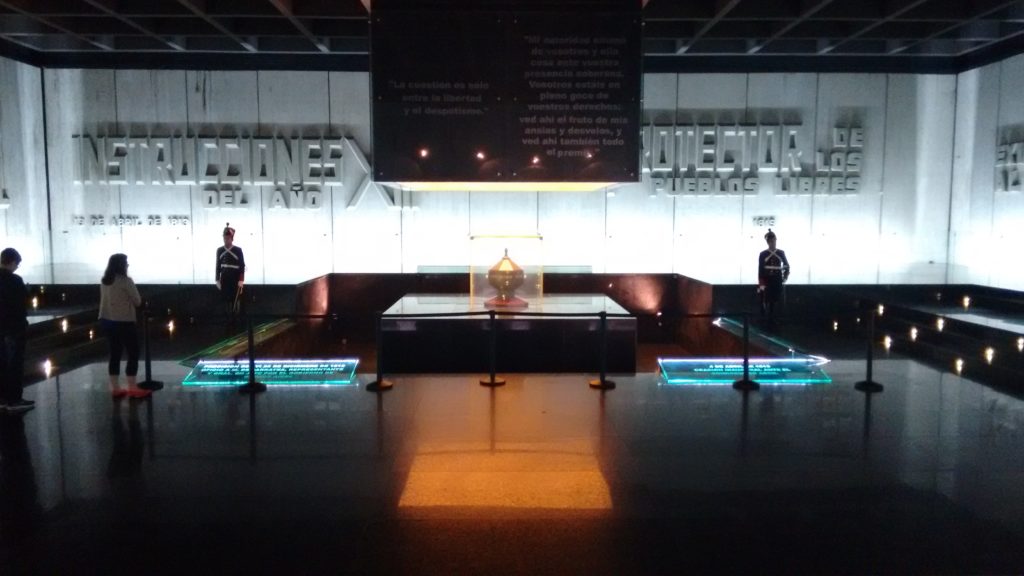 4. Mercado del Puerto
Inaugurated in 1868, the Mercado del puerto is the place to experience local culture and cuisine. This market is located a few meters away from the port and it’s the perfect place to savour the local food: empanadas, parrillada, chivitos. It is a tradition to have lunch at this market on Saturdays. Outside the market, musicians gather and play Afro-Uruguayan candombe, while people dance and enjoy their meal. 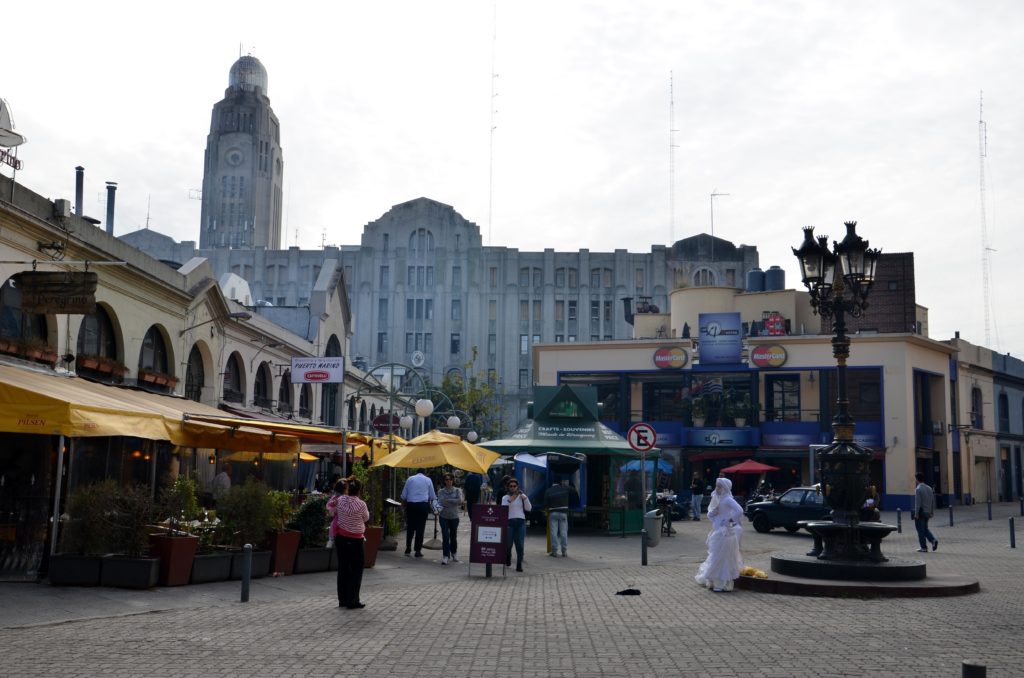 5. La Rambla
La Rambla is the avenue that borders the city coastline of Montevideo. Ramble along La Rambla and relax at the beach if the weather is sunny. If you continue walking for a few km you will get to Carrasco, a residential neighbourhood, where you find nice sandy beaches and Hotel Carrasco, an icon of the city. A good option to know all the spots on La Rambla is to rent bikes. 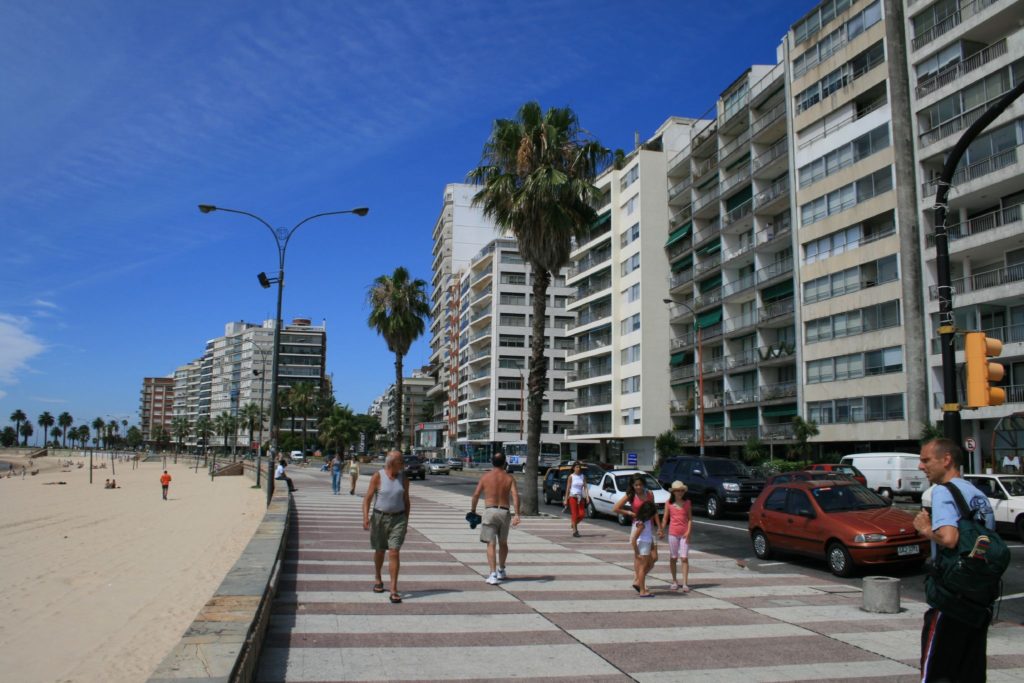 Other things to do in Montevideo:

Where to stay in Montevideo?

[…] the country or from neighbouring countries like Argentina. This a good option if you’re also visiting Montevideo, Uruguay’s capital city. Colonia is located 177 km from Montevideo and the bus trip takes […]

[…] If you’re interested in visiting Montevideo read: Best things to do in Montevideo. […]

This really looks like it’s worth a visit! I love the colonial architecture. How safe is Uruguay for travellers? I am planning a trip over that way soon and might have to add Uruguay in to places to visit too!

I think Uruguay is really safe for travellers. I visit Colonia del Sacramento in Uruguay every year with my family and we’ve never felt unsafe. If you visit South America come to Buenos Aires 😀 You’ll love it

If you think that’s embarrassing Sarah, I thought Uruguay was in Africa… >.> Glad to have learned something knew today and who knew South America had some fantastic architecture? You normally only see that with old (like Europe old, not American old) places.

Yay! South America is home to amazing cities. If you like architecture you should check out Buenos Aires! Buildings are european style because the culture was influenced by the european immigrants. It’s called the Paris of South America for a real reason.

We have never been to South America but Montevideo seems a quite interesting destination. Palacio Salvo and Puro Verso look gorgeous! How many days do you think that someone should spend in Montevideo?

I think two days are enough and then you can go straight to Punta del Este for some beach time, or to Colonia del Sacramento to discover a picturesque colonial city.

This is probably the first post I am reading about Uruguay. Never thought about it as a tourist destination. Loved the architecture of the place.

Thanks! It’s not really the most touristic place in Uruguay but it’s worth checking.

Super embarassing…but…my only knowledge of Uruguay before this was from an episode of the Bachelorette LOL. So really good to give it a read and see your lovely photos!

I’m glad you could learn a bit about Uruguay through my blog! The country also has other worth visiting cities like Punta del Este and Colonia. Thanks for reading 🙂