In travel as in daily life, things don’t always go as planned. Last March I visited Brussels and I experienced this. This post isn’t a travel guide, or tips for Brussels, but the story of my weird experience in the city.

I was supposed to take only one train from Rotterdam to Brussels, which is just a 1 hour trip. I got to Rotterdam Central Station and started looking for my train, but it didn’t seem to appear in any of the screens. So I asked at the information desk and they told me the train wasn’t leaving from that station today! A bus was taking all passengers to another nearby station to take the train. Just a little delay I thought, no problem.

I took the bus and waited the train in the other station, which was deserted. But that day wasn’t a good day for dutch rails.. the train trip was cancelled again. Apparently work was being done in some rails and trains didn’t go to their usual destinations. Stations were a complete chaos, nobody explained passengers which trains they should take. There was no one we could ask which train to take. I remember this dutch kind woman, a passenger herself, helping some people (including myself) in finding the correct combination of trains to get to our destination. From this station I took a train to Roosendaal (Netherlands), from where I took a train to Antwerpen, from where I finally got in a train to Brussels.

Somehow I ended up taking 3 trains and 1 bus to get to Brussels (instead of one). I unintentionally visit all Netherlands and I even witnessed a wedding shot. 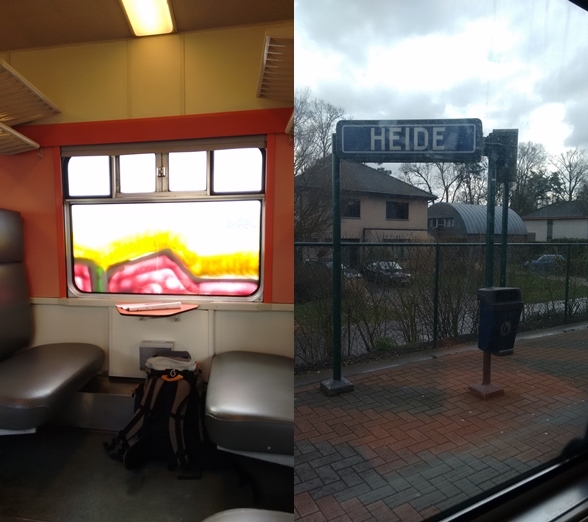 I finally got to Brussels Central Station, 3 hours later than expected and the city welcomed me with rain. I had book a hostel within a walking distance from the station. It was supposed to be easy to find right? But no, I couldn’t find it. After wandering for a bit, I started asking for directions, but nobody seemed to know about my hostel, until a kind turkish man helped me. He didn’t know where the hostel was but he took the paper where the hostel’s name and addres were written and started guiding me through the streets. He entered a hotel to ask about my hostel and gave me his cigarette to hold it.

So there I was, standing at Brussels streets with my backpack, holding a cigarette from a man I just knew who didn’t really know where my hostel was. It was that what the hell am I doing here moments. Moreover, the man was from Turkey and barely spoke english, and myself, a girl from Argentina trying to speak french, which I’d only been studying for a year. There was a big miscommunication.

After wandering the same streets for about 20 minutes, we finally got to the hostel. I’d passed the place a thousand times but never realized it was my hostel because the name was written in a regular a4 piece of paper. The facade was under renovation and so they’d written the name like this!

I thanked the turkish man who was so kind with me and entered the hostel. While I was checking in, I realized the guy had entered the hostel as well, and was sitting on a coach. I decided not to pay attention to this, and went right up to my room as soon as I got the key. I had booked a bed in a four room bed, and when I entered the room there were actually 6 beds, and it was sooo tiny! But nevermind, as I was only staying for that night.

Once inside, I started chatting with a roommate boy from China and while we were speaking we heard three loud knocks at the door. I opened the door and guess who was there? The turkish guy! I don’t know how he got the number of my room! The guy invited me for a coffee, and I said “No, I’m meeting a friend” but of course he didn’t understand! And he started asking me what did I like: beer, water, soda? And I was like “No, no, no. I’m not going” He finally understood, and I closed the door. Although now I laugh about it, it was a really weird and creepy moment.

After all, I was finally in Brussels. It was my only night there because I was going back to London the next day, so I wanted to experience the city as much as I could. The hostel staff were really nice and told me how to get to the Grand Place. I went there and bought the best waffle I’ve ever had and savour it looking at the beautiful buildings in Grand Place.

I entered every little chocolate shop, took a quick look at Manneken Pis and visited the gorgeous Royal Galleries. Before heading back to the hostel I thought, if this is going to be my only time in Belgium, I need to try belgian fries! So after the waffle I bought some fries and ate them as I walked back hostel.

Despite my short and weird stay in Brussels, I could enjoy the city. Though I wasn’t able to do everything I’d planned due to the train delay, I embraced the change and tried to see as much as I could. As in life, travel plans don’t always happen the way you expect them. Be flexible and embrace the change in plans as a new experience. 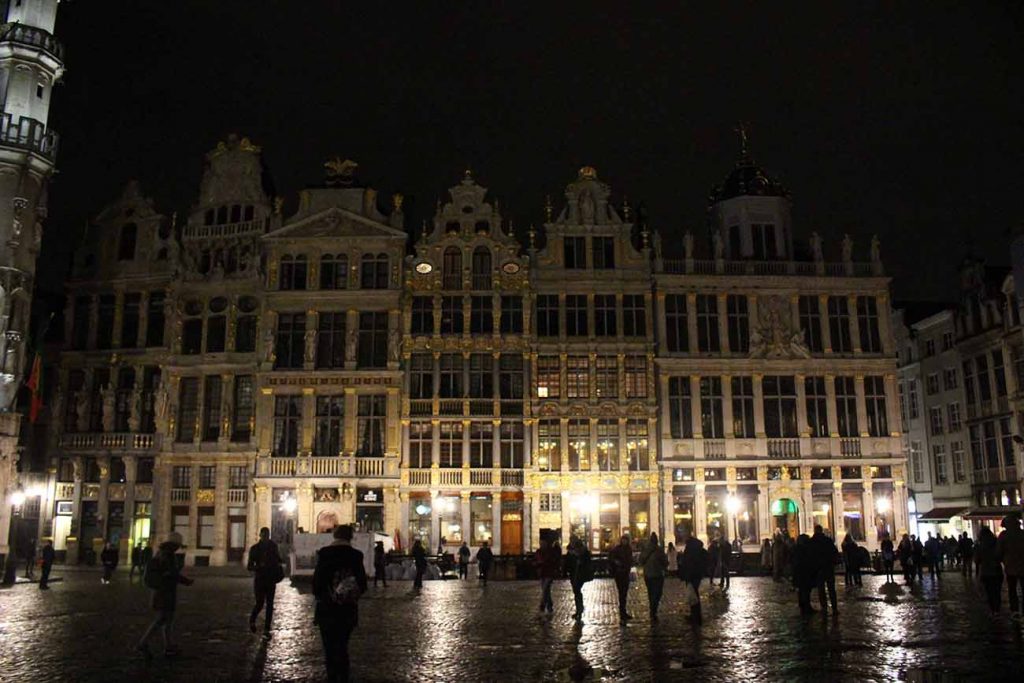 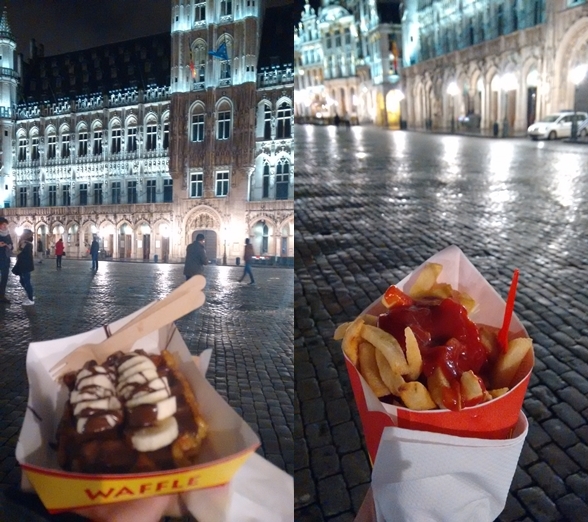 […] example: During my trip to Brussels, a local helped me find my hostel. After 5 minutes of entering my room someone knocked the door: […]

[…] stop in my eurotrip was Brussels, where I had a really bizarre experience and complications in getting to the city. I enjoyed the most delicious waffle and discovered the […]